The head of the national public prosecutor’s office, Bogdan Święczkowski, is seeking to punish prosecutor Piotr Wójtowicz (pictured below) for his presence at a demonstration protesting attacks on the independence of the Supreme Court and National Council of the Judiciary (KRS). Święczkowski is demanding punishment for “political” activity, despite the fact that he himself ran as a candidate of Law and Justice (PiS) in recent elections. The verdict in this case will set a major precedent and will show whether all prosecutors are equal under the law.

The case of prosecutor Wójtowicz, who works in Legnica, is presently the most talked-about disciplinary proceedings in the prosecutorial community. Several dozen people came to a disciplinary hearing held on 6 May in Warsaw to lend him their support 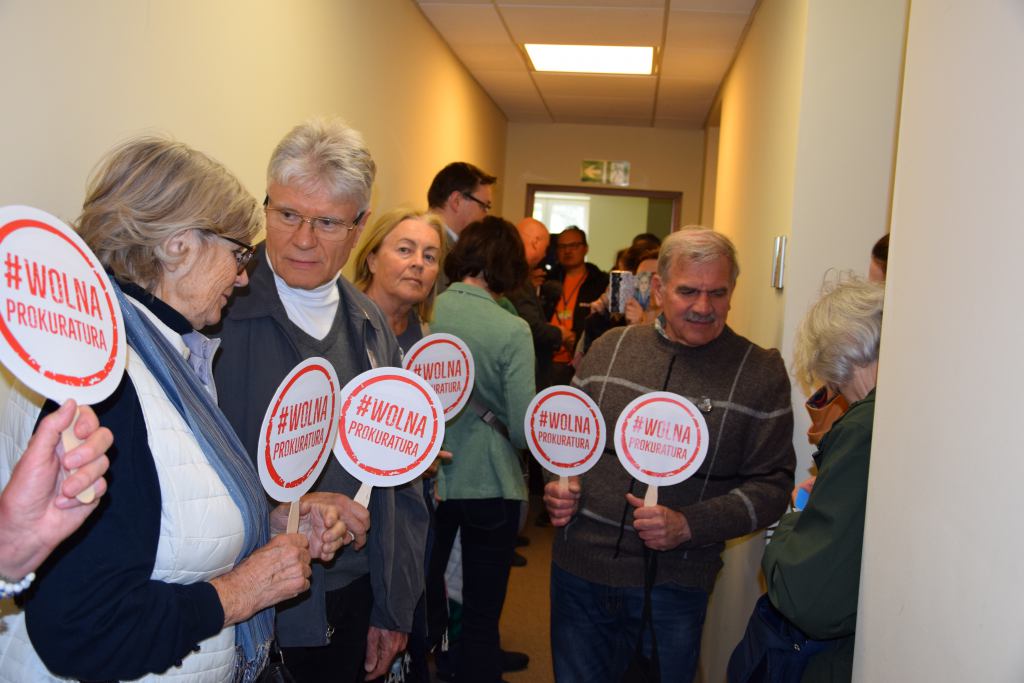 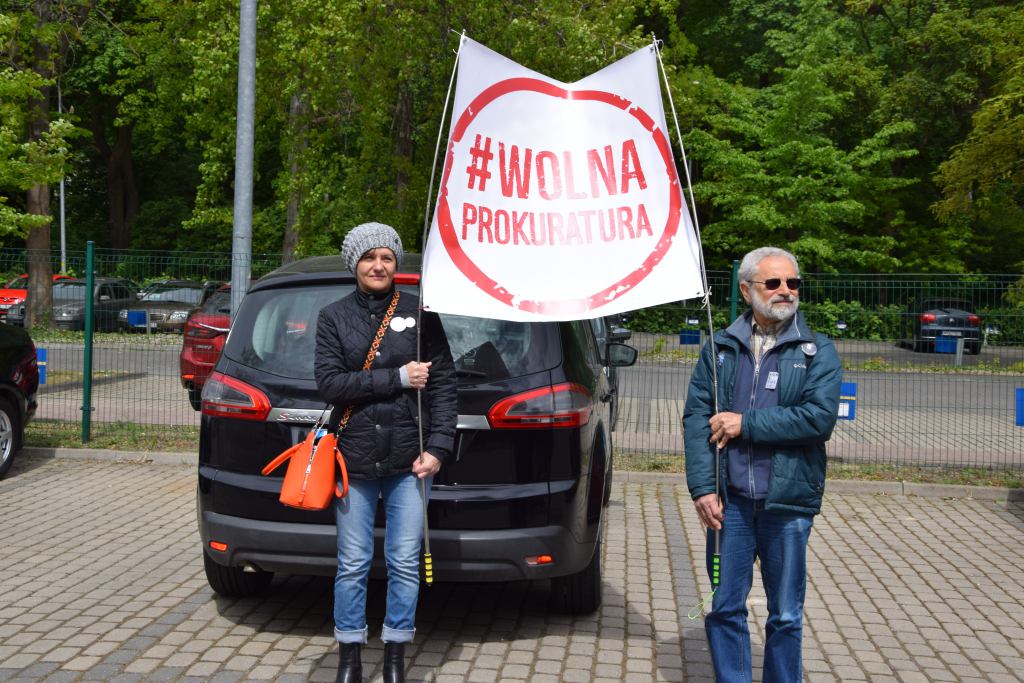 In attendance were judges and lawyers from the Polish capital, citizens from the Free Prosecutors initiative, head of the Lex Super Omnia association of independent prosecutors and the face of defence of the prosecutorial service’s independence Krzysztof Parchimowicz, as well as professor Mirosław Wyrzykowski, a former justice of the Constitutional Tribunal. 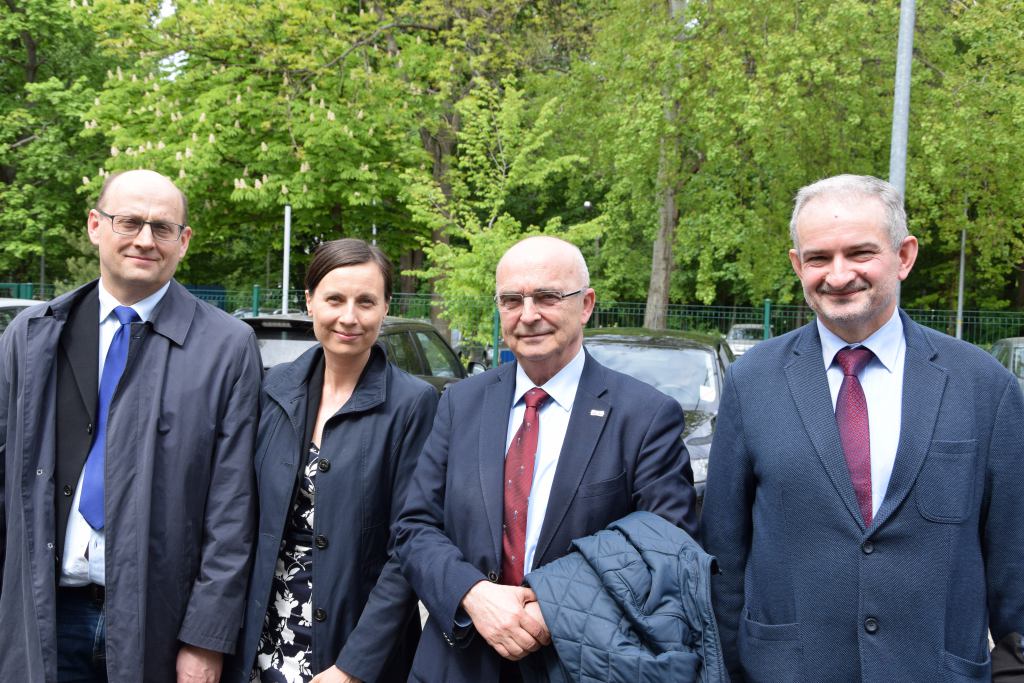 The hearing thus began 1.5 hours later than planned, as the original room proved too small for all those who came to observe the process, causing it to be moved to a larger room in the seat of the National Prosecutorial Service.

He is being charged by Bogdan Święczkowski, the National Prosecutor and both first deputy and right-hand man of the Prosecutor General, Zbigniew Ziobro.

In 2017, Wójtowicz was present at a rally by the Committee for the Defence of Democracy (KOD) in front of a court in Legnica. This was during a very intense period across Poland. Protests were held in front of courts and the Polish parliament in defence of the Supreme Court and the National Council of the Judiciary, which PiS sought to take control of.

Perhaps nobody would know that Wójtowicz was at the demonstration in Legnica if it weren’t for local media. One website cited his remark made in jest: “I don’t have anything to lose. What will they do? Transfer me to Ełk (a city roughly 650 km from Legnica – translator’s note)?”
In light of his presence at the KOD demonstration and the quip cited above, the disciplinary spokesman decided to review whether Wójtowicz had violated the principle of political neutrality and the prosecutorial code of ethics. However, in 2018 he discontinued proceedings, ruling that Wójtowicz had not broken any rules.

Święczkowski appeals against the case being dropped

Święczkowski also considers the unauthorized statement by Wójtowicz to relate to changes in the prosecutorial service and his personal situation, something which Wójtowicz should have permission from his superiors to discuss publicly. These are the reasons for which he is appealing to reopen the disciplinary case against Wójtowicz.

While he agrees with the decision to suspend the case, Wójtowicz is appealing because he does not agree with the legal basis on which it was done. He argues that he has not broken any laws or ethical principles, and that as a citizen he has the right to participate in politically neutral assemblies.

As for his words reported in the media, they were unauthorized, but were of a sarcastic nature and were made in the context of a protest concerning judicial independence, not changes in the prosecutorial service. This is why consent from his superiors was not needed.

The first hearing was held in December 2018, but in the meantime one of the prosecutors in the original panel hearing both appeals in the case ceased working in the disciplinary court.

The change to the composition of the panel meant that the process had to start over from the beginning last Monday. The new prosecutor in the three-member panel is the Katowice-based Sebastian Chmielewski, who has been promoted to the National Prosecutorial Service by the current government. In April 2019, he was given the Bronze Cross of Merit by President Andrzej Duda. 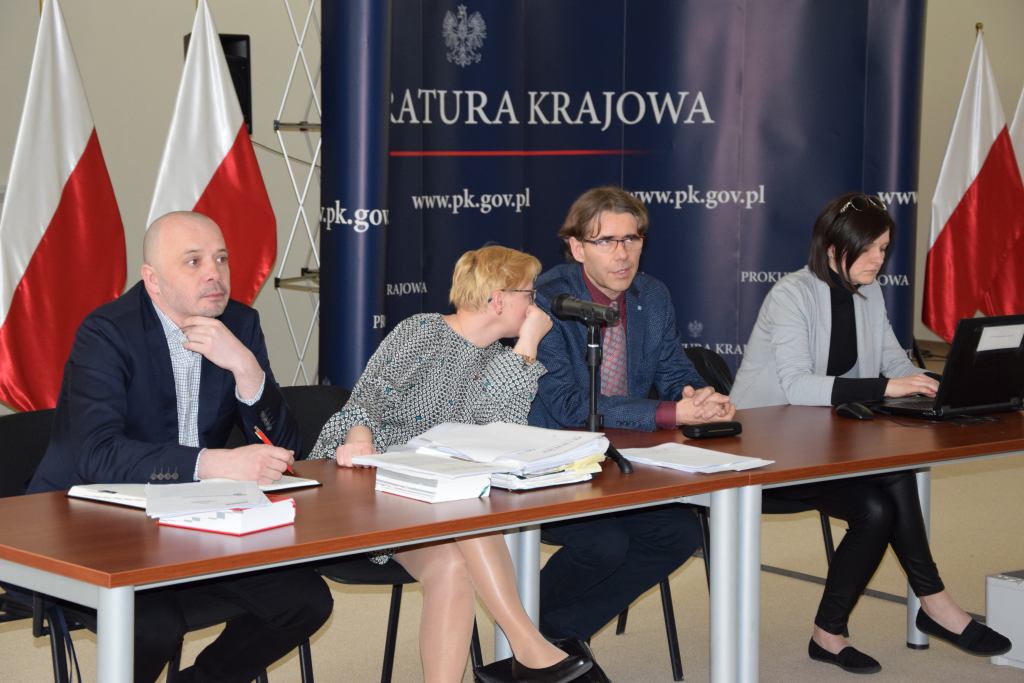 The disciplinary panel. On the left: Prosecutor Sebastian Chmielewski

Wójtowicz has three defenders: prosecutor Jacek Bilewicz, who is a member of the board of Lex Super Omnia, judge Piotr Gąciarek from the Circuit Court in Warsaw, a member of Iustitia, and attorney-at-law Joanna Jakubowska-Siwko, affiliated with the Committee for the Defence of Justice. All of them are appearing in Wójtowicz’s defence pro bono.

Constitutional right of a prosecutor as a citizen

Jacek Bilewicz said that Wójtowicz had the right to be present at the demonstration in defence of the courts, as this was an exercise of his constitutional right to freedom of assembly. His conversation with a journalist, in turn, involved freedom of expression, which is also allowed by the Constitution.

“The prosecutor has the right to freedom of expression and of assembly. He was at the demonstration in his capacity as a member of Lex Super Omnia, and he did so in support of the principle of the rule of law. He was also within his rights to speak publicly as a member of the association. As a prosecutor, he also has the right to freedom of speech,” said Bilewicz at the disciplinary court hearing.

He recalled that similar arguments were invoked in 2016 by Bogdan Święczkowski when filing a cassation motion with the Supreme Court on behalf of prosecutor Jarosław Duś (presently working in the National Prosecutorial Service).

Duś had been convicted in a disciplinary case for defaming the then Prosecutor General Andrzej Seremet. Święczkowski argued in the cassation appeal that prosecutors have the right to make statements that can even be classified as provocative and harsh in tone.

The president himself acknowledged the demonstrators’ arguments

Bilewicz went on to stress that Wójtowicz cannot bear any responsibility for participation in the demonstration with consideration of the fact that the president and government acknowledged the demands of the demonstrators by cancelling their plans for radical changes to the Supreme Court. In other words, they conceded that the demonstrators were in the right, including Wójtowicz.

Bilewicz also pointed out that Święczkowski that he was pursuing a disciplinary case against the prosecutor from Legnica despite being active politically himself in the past, campaigning in local and national elections as a candidate of PiS. “This is why the decision made in this case will constitute a precedent. It will be a signal for prosecutors as to whether their activities outside the workplace will be assessed depending on the position they hold, or whether everyone will be judged by the same standard,” stressed Bilewicz.

In turn, Joanna Jakubowska-Siwko invoked the opinion of the Polish Commissioner for Human Rights, who stated that prosecutors have the right to participate in assemblies and in public debate over the rule of law.

She emphasized the politically neutral character of the KOD demonstration organized by a social movement. Wójtowicz did not make any show of political sympathies nor express political views. Jakubowska-Siwko also highlighted the significance of the decision to be taken in the case. “This ruling will decide not only about whether a prosecutor can express opinions, participate in assemblies, or associate freely. It will also be a strong signal to public opinion about whether there are double standards in the prosecutorial service, or whether everyone is treated equally.” She added that the ruling will impact perception of the prosecutorial service and the disciplinary court.

Piotr Wójtowicz also spoke, restricting his comments to saying he supported the statements made by his defenders about double standards in the assessment of prosecutors’ activities. He declared that he would not make any statements concerning his actions, which is his right.
Wójtowicz has refused to comment on the case until a ruling is issued. The next hearing is scheduled for 11 June. The disciplinary court intends to question the journalist from the local website that quoted Wójtowicz.

In May the Disciplinary Chamber of the Supreme Court will begin reviewing the case of Beata Mik, who is being charged for articles critical of the prosecutorial service appearing in the national daily “Rzeczpospolita”. Large crowds can also be expected at this hearing.
Independent prosecutors being harassed with disciplinary cases can now count on the support of judges, citizens from the Free Prosecutors initiative, and lawyers affiliated with the Committee in the Defence of Justice.

The Committee in the Defence of Justice provides support and legal assistance to prosecutors and judges being attacked by the disciplinary spokesman. A list of prosecutors subjected to such harassment has been published by OKO.press.

Ziobro’s ‘enforcer’ strikes at Gersdorf. For the resolution of the three chambers of the Supreme Court on neo-judges and the neo-NCJ

Ziobro’s man strikes at the Court of Appeal in Warsaw. He is prosecuting a judge for the ruling in Tuleya’s case and EU law

30 legal judges of the Supreme Court refuse to adjudicate with neo-judges: We want to faithfully serve Poland

President Duda attacks the judges again: they want power. Nonsense, the judges are defending the Constitution and EU law

Schab, Ziobro’s ‘enforcer’, confirms: the repressions in the court of appeal are for applying EU law

The Sejm has appointed the neo-NCJ mk II. It contains judges associated with Ziobro’s ministry and from the ‘Kasta’ group